“That was so fun!!!!!” It doesn’t matter whether you have ever given snowboarding a single thought before, it is impossible to watch the film, The Big One, without wanting to give it a go yourself. The fun, the excitement, the insane setting of it all – the thrill is real and palpable. Take a world-class surfer from Hawaii along with a team of professional snowboarders to the top of the highest peak in North America, Mount Denali, and wow! This is an instant setting for an outdoor adventure.

We have two mountain guides, a two-time Olympian, four pro snowboarders, plus Big Wave Champion Ian Walsh heading up to Alaska’s Mount Denali for nearly an entire month. Ian has become increasingly interested in the snowboarding lifestyle recently. After all, it involves being on a board out in the elements, a certain amount of danger and thrills, and a lot of skill. His one big issue? Ian was born and raised in Hawaii, so he has never had much of an opportunity to try his skills out on the snow. Nevertheless, he felt a certain attraction to this unknown sport and considers this trip an opportunity to get a new perspective. And he’s taking it quite seriously, spending two weeks beforehand trudging up and down Hawaiian mountains dressed in heavy snowboard pants and bulky boots.

Denali is perhaps not the ideal place for a raw beginner, but Ian figures there’s a lot of overlap between surfing and snowboarding. He spends the first few days getting instructions on mountaineering, elevation, snowboarding, and survival, figuring the best way was simply to jump right in with “full immersion, learning lots quickly.” After all, Denali is a formidable choice for someone’s first mountain adventure! Older readers might be more familiar with the name “Mount McKinley,” as the mountain was shown in American atlases until fairly recently. But it has been known as Denali for many hundreds of years, indeed for far longer than its modern rechristening as McKinley.

But whatever you call it, it is still the highest peak in all of North America, topping out at around 20,300 feet. Anchoring the Denali National Park and Preserve, it is the centerpiece of the extensive Alaska Range. Denali is almost like its own character in the film, a baleful presence that both beckons and repels. Ian wonders if this is, in fact, the ideal way to begin snowboarding. One of the guides is meeting the visiting crew for the first time, going over names, locations, and occupations, and he stops at Ian’s name on the list. “There’s one guy with clearly no experience – from Hawaii!” Ian wonders, “Am I kinda in over my head here?” 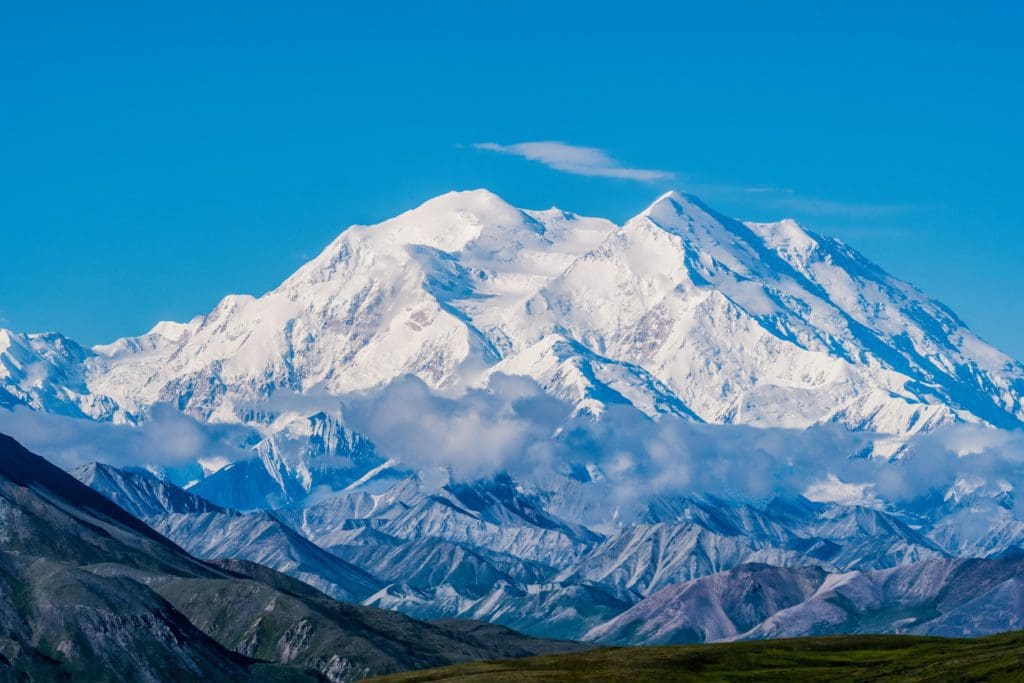 The Big One soon begins the documentation of the trip up to the vast mountain. How the heck do you even embark on such an adventure? In this case, a small propeller plane transports the crew from Talkeetna, Alaska and lands on an icy field right on the mountain itself. There the plane drops everyone off for the beginning of their frozen adventure – the men themselves, along with each person’s 150 pounds of gear! It turns out that it takes a lot of equipment to be able to survive for such a long time in the barren high altitudes. Not only food and drink, but shelter, electricity, plus all the necessary equipment to actually venture out on the mountain each day. The Roam team’s footage from the prop plane is, at the least, amazing and, at the most terrifying, depending on how closely you connect with what you are watching. The aircraft looks fragile and almost delicate compared with the huge rocky quartz towers and cliffs of the endless Alaska Range. This is rugged, unforgiving scenery, shown up-close and in full detail, with mesmerizing vistas that very few people ever get to experience in person.

After somehow landing in this deserted isolated world, it is time to divvy everything out onto sleds and make their way to their first camp: 14K Camp, located 6,800 feet vertically from the landing strip. This is done using sleds, each participant pulling his own equipment and supplies behind him. “14 Camp” will be their home base for about two weeks. And yes, it is literally 14,000 feet up on an arm of Denali. 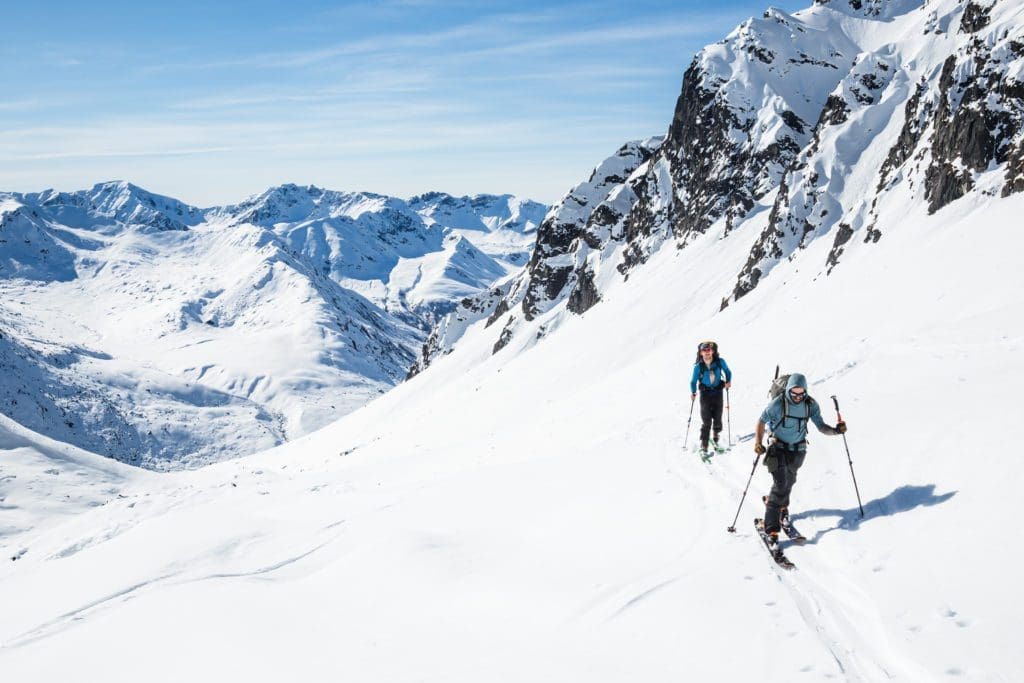 Skiers skinning uphill on a hot sunny day in the Alaska backcountry.

The staggering presence of Denali is making itself known to Ian, the pro surfer. “The mountain’s intimidating.” He says it feels like he is in the ocean, in a huge surf, somehow parked on a stationary boat, looking up at huge, towering waves headed his way. “You’re just staring at all this energy!” One of the guides chimes in, talking about how literally anything can happen on Denali. A storm could suddenly sweep in and completely shut them down for literally weeks at a stretch. Cue more amazing Denali videos, during all sorts of conditions and an array of lights. Sometimes, the mountain looks rather inviting, with its long snowy runs – yet at other moments, the peaks look downright sinister, warning you they should be left alone.

But for good weather or bad, the gang is settling down at 14 Camp for the long haul. The idea is to spend a fair amount of time there, ideally allowing their bodies to think of it as the new sea level. This way, when their various excursions take them up another 6,000 feet, they won’t feel too bad. As a guide points out, “Don’t want to be struggling up there.” Ian has no idea how his body will react to this kind of elevation. He’s a finely trained athlete in his own right, but heights affect everyone differently, and this is a new exploration for him. As they leave camp for the first foray up the slopes, his head begins to feel a bit fuzzy with the efforts of climbing, but he adjusts quickly. At the top of this first excursion, it’s on with the video head-cams, and the viewer is rewarded with the first dizzying snowboarding attempts back down. There are a couple of mishaps but ultimately triumph as he zooms back to camp, “That was so fun!” And thus, a new snowboarder is born.

They do a number of these small day trips, exploring the local snowy runs, with Ian gaining experience on the snowboard. The Roam film cuts to sheer fun at this point, following the guys down the various slopes as they make huge arcing turns down the endless snowy plains. If you weren’t convinced you wanted to try snowboarding before, you will be by now!

evoTrip has partnered with some of the best mountain schools & guides around to deliver a series of backcountry courses and trips with education, safety, and – of course – fun, top of mind. Whether you’re a beginner looking to get your AIARE 1 Avalanche certification, or an intermediate to advanced backcountry user looking for guided trips with famed traverses and epic big-mountain descents, they’ve got you covered. 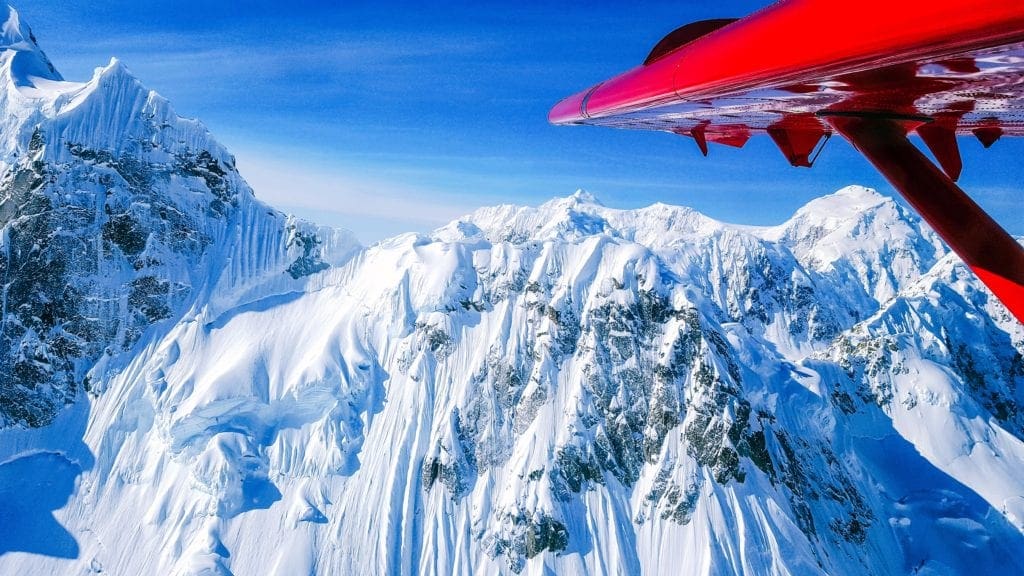 But after a couple of weeks, it is finally time to try for the summit. After all, you can’t go all the way to Denali, spend weeks acclimating yourself to the higher altitudes, and come back not having climbed all the way to the top! So, they partially decamp from 14 Camp, taking smaller tents and much less equipment, and make their way up to 17 Camp. And now, there are judgments and decisions to make. Like the guide indicated earlier, weather on a high mountain is fickle and literally anything can happen, and happen fast. As they head out, slowly gaining elevation, the winds begin to pick up as the clouds roll in by them. The two guides put their heads together, wondering, calculating, then finally deciding that this is not the day. They need to descend and see what tomorrow brings.

Luck is with them, however. The very next day changes for the better, and the team is happy to get a second crack at the summit, all 20,300 feet of it. If all goes well, it should be a 12-hour trip to the summit and back from 17 Camp. And it is both an enormous achievement and huge relief when they finally make it. Denali seems to have finally welcomed these former intruders as the sun came out, the winds died down, and the group of lucky guys enjoys the amazing views, as well as the incredible feelings of what they accomplished together. The video captures these personal moments at the top of the world, and even the experienced guides have become emotional. After all, amid all the stress, the physical exertion and toil, a lot of bonding happens on trips like this, especially when everyone has personally experienced the ups and downs and persevered toward difficult shared goals. With typical understatement, one of the snowboarders admits huskily that today was “definitely a big day.”

With the summit successful, it is time to think of heading back down. Turn on the headcams, strap on the boards – they have a good feeling that they can make it down a lot faster than they climbed up! So, the video switches back again into a fun and crazy action mode, with the snowboarders curving their way down the snowy expanses, with dislodged natural snowballs racing them downwards on all sides. 14 Camp is reached in no time, and the crew decides it is finally time to break camp and head to the landing strip and back home.

Feelings are jubilant as favorite moments are recalled and enjoyed. These guys spent 18 days at 14 Camp, and a lot happened during that time. The crew feels more like an extended family by this point, with so much shared experience and hardship. In that time, they rode a total of 11 different lines down Denali. Most consider this experience to have been the trip of a lifetime. At the very end, summing it all up, is the declaration that “it’s what snowboarding is all about, hanging out with your buddies … and crushing the mountain.”

Best Options For Technical And High-Altitude Climbs During the Pandemic 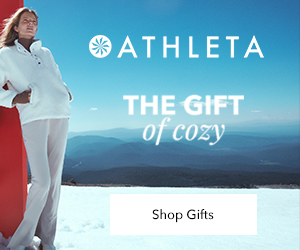 This is an exclusive interview with Roo Smith, an award-winning Boulder-based filmmaker and Colorado cinematographer acclaimed for capturing uplifting stories in the outdoor recreation industry.

Skiing On The Highest Active Volcano In Eurasia

30 days of epic skiing; waiting on the side of the only road in Northern Kamchatka in sub-zero temps, strict rationing of bacon and cheese as supplies ran low, Russian military, erupting volcanoes and being benighted in the…