Turning a Blind Eye to Society’s Rules, Living Your Own Life

A Normal Life, from Filson, profiles Russell Owen, a fly-fishing guide on Alaska’s Alagnak River. Owen has set upon an unusual journey—one that has, at times, isolated him from the ones he loves.

Fly Fish on the Alagnak River at Angler’s Alibi.

Russel Owen, a professional fishing guide, has wrestled with these issues all his life. That is to say, wrestled and won, but it has been a long road, complete with all the self-doubts and endless U-turns, yet gaining satisfaction in the end.

He began working as a river guide in his teens on the very difficult Alagnak River in southern Alaska. The Alagnak is 64 miles of twisty, confusing bends, beginning in the Aleutians and finally emptying out into Bristol Bay. According to the National Park Service, the name Alagnak translates into “making mistakes.” It really is that kind of river. The locals refer to it as the Branch River because it is easy for boaters to constantly mistake one branch for another as they try to navigate down the various twists and turns.

The Alagnak has been Russel’s life from very early on. Yet as he matured, he felt he had to leave his beloved early guide job because he had been led to believe that it must be time to go out and find a real job. Nobody straight up told him that in so many words, but it was society’s broad expectation that the teenage job of river guide could not possibly be a real job, nor could he expect to have any kind of normal life if he attempted to continue on with it.

Russel Owen began working as a river guide in his teens on the very difficult Alagnak River in southern Alaska. Photo courtesy of Filson.

So, with a sigh, he decided, a normal life it would be. He left the river behind, together with all he had known, and created a new, society-approved life. He got married (check!), procured a normal job (check!), and went through all the motions of everything that was expected of a normal adult (check!). Yet somehow, on the inside, he was miserable all the time. And he wondered at the enormous cost of this society-approved normal life – constant misery as far as he could see. Is it really worth that price, simply to fulfill the expectations of faceless others?

But in time, the river inevitably called him home, whether it was acceptable or not. It wasn’t the ease of the job that was the big attraction. On the contrary, it is a very hard life because during the fishing runs, you are on duty all day long, seven days a week, for three to four months straight. This kind of time commitment, so far away from everything, can be a tremendous personal hardship. “Very few people have normal healthy relationships as fishing guides here in Alaska.” In fact, his own marriage didn’t survive the strain of this separation. In addition, this job comes with a certain intensity because a guide’s primary task is to provide the client with exactly what they want, all day long, every day, for as long as the season lasts.

As Russel explains, every choice in life is a double-edged sword. You choose one side, and whatever is on the reverse is no longer an option for you, no matter how much you might like to experience both sides. There were aspects to having a typical life and relationship that were appealing, but in his heart, he always knew what he was giving up in exchange. He honestly was capable of choosing either path, but it seemed more and more obvious that the society-sanctioned one was not for him. In his words, “At some point, you have to accept what it is you’re supposed to do, and I just feel like THIS is what it is that I’m supposed to be doing.” The struggle was real, but now the struggle is over, and Russel is at peace with where he is, where he feels he belongs.

To a casual observer, the life of a river guide may not seem that alluring, but as Russel explains it, “People’s once-in-a-lifetime trip is my every week!” When you put it that way, it seems pretty enviable. And when he says this, it’s spoken like a person who has found contentment doing exactly this, what he has always wanted to be doing, normal or not.

To a casual observer, the life of a river guide may not seem that alluring, but as Russel explains it, “People’s once-in-a-lifetime trip is my every week!” Photo courtesy of Filson.

On the Alagnak, every day is different – it’s a very tough river! “You can’t take what you know about some other river and put it here. It doesn’t work.” The schools of salmon in the river are constantly on the move, and their places change daily. “Missing a day here is like missing a week or a month somewhere else.” And because of the preponderance of salmon, there are a number of grizzlies roaming the area, as well as black bears. The video shows a fair amount of their habitat, from drone footage high above, following the river as it snakes around. There are also some really nice shots of amphibious aircraft gently touching down and taking off as the various fisher-adventurers come and go.

Russel Owen is far from the first person to use a river, or fishing, as a metaphor for life, but he holds his own quite well. He talks about the deceptively simple-looking act of casting, narrating how casting is all about technique, not force – it simply cannot be rushed. “The more you try to force it, the worse it gets.” Slowing down always seems to help it work better. He knows what he’s talking about because he’s been through just that, forcing himself to speed up into the straight jacket of what others call a real job, and it just became worse and worse for him.

“Look at fly-fishing as a way of life – slow life down, take it as it comes, let it happen as it will, and go with the flow.” The man has found his way.

Established in Seattle in 1897 to outfit prospectors headed for the Yukon, the company’s 125-year legacy is built upon its reputation for honesty, quality and durability. Filson’s long-lasting gear is the choice of explorers, adventurers, ranchers, hunters, anglers, engineers and anyone with a passion for the outdoors. Over a century after its founding, the Filson headquarters remain in Seattle, Washington.

Filson’s Scout Shirt Is An Ideal Layering And Transitional Piece 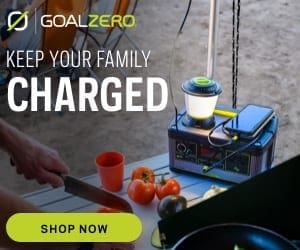 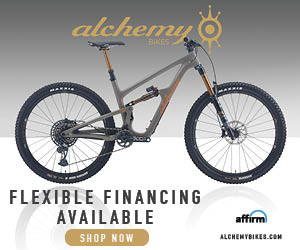 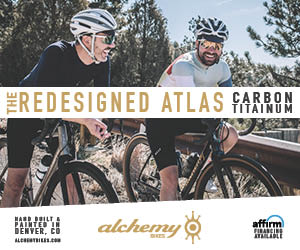