The Adventure Origin Of Bulletproof Coffee 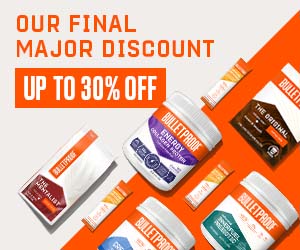 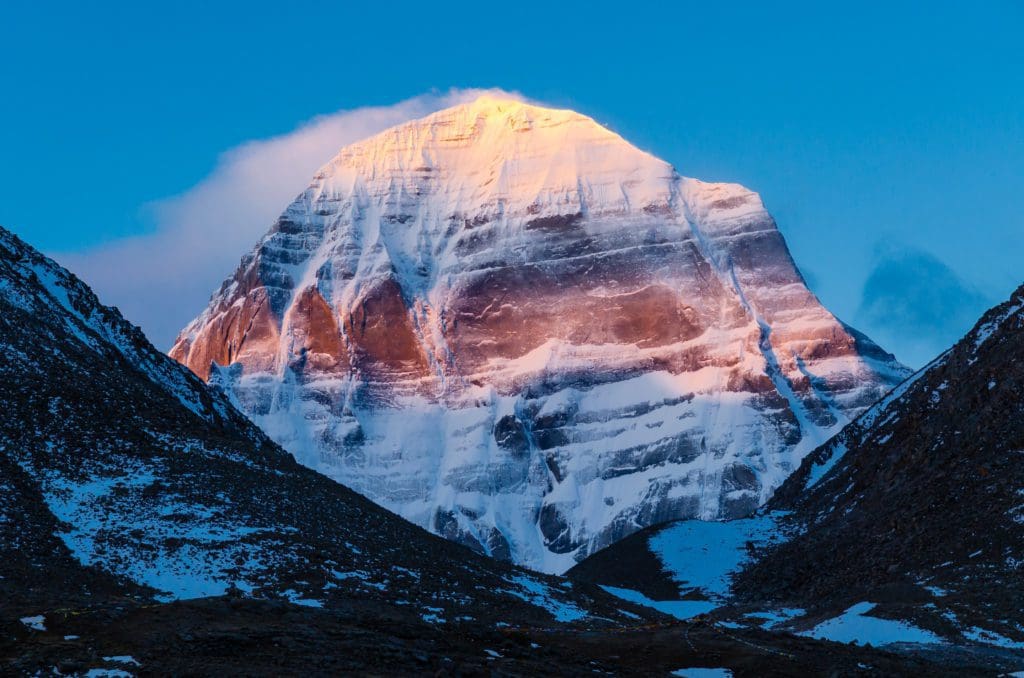 Have you ever gone on a life changing adventure? In 2004, Bulletproof founder, Dave Asprey, was on an quest to improve his wellbeing. He had traveled to Tibet to learn how to meditate.

During a trek in a remote area near the 18,300 feet elevation, Mount Kailash, Dave bounded into a guesthouse chilled from the high altitude and -10 degree (F) temperatures. Upon his arrival, a tiny Tibetan woman offered Dave a cup of tea infused with yak butter. Yak Butter Tea, known as “Po Cha” is a traditional Tibetan drink made of Yak butter and salt. This is when Dave Asprey first learned about the power of blended butter. Dave wrote later in his best selling book, The Bulletproof Diet, that he had been rejuvenated by this creamy cup of traditional tea. 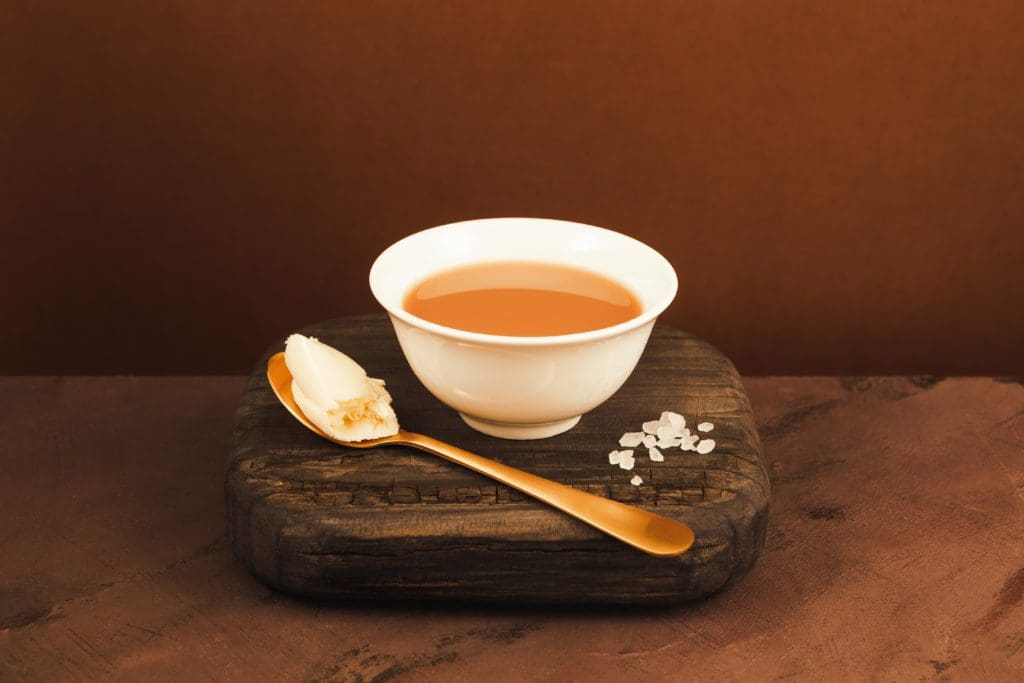 As a dedicated biohacker, Dave immediately asked himself, “Why does drinking this tea make me feel so good at this high elevation? And why would a nomadic person who lives in a tent and must pack light bother to carry a heavy blender or a hand churn?” These questions were the beginning of the Bulletproof Coffee recipe.

When Dave returned home, he felt that he was onto something special.  He immediately started working on replicating the rejuvenating affects of the traditional tea that he drank in Tibet.  After a period of trial and error, Dave discovered that the key was to use unsalted butter from grass-fed cows, which is probably more available in North America than yak butter. If you can’t find a yak, Dave suggests Kerrygold Pure Irish Butter (in the USA and European Union) and the New Zealand-produced Anchor Butter (available in Asia and Australia).

Experience the Himalayas up close and personal as you trek towards Mount Everest Base Camp. Stay in small Nepalese villages, enjoy some rejuvenating “Po Cha” and take in the culture as you challenge yourself on this 16 day adventure. Learn more! 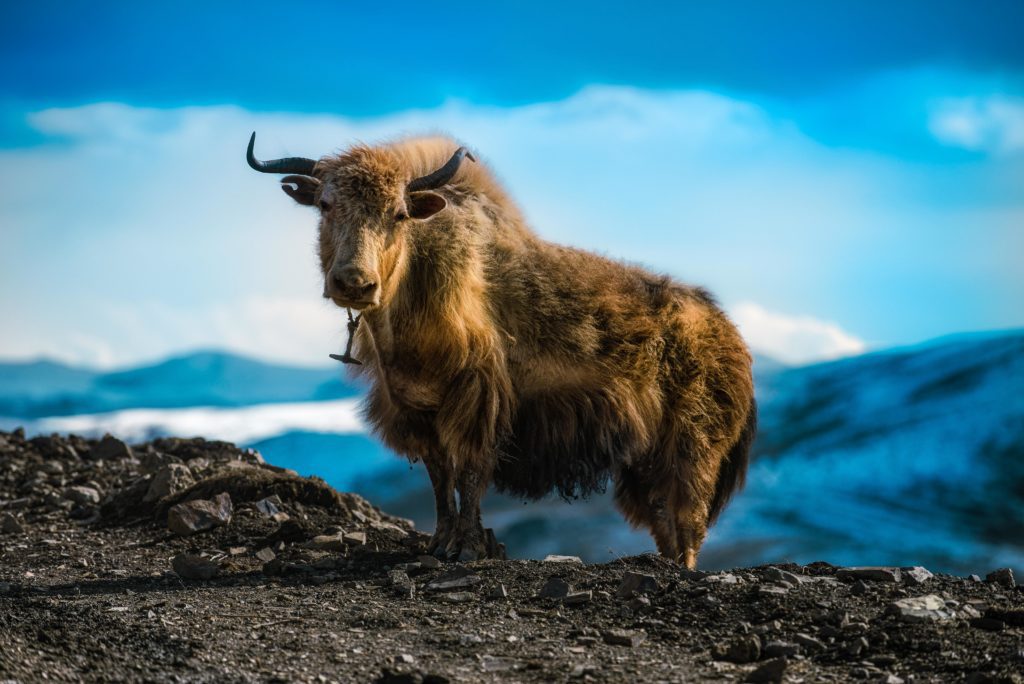 Native to the Himalayas, the yak is a long-haired relative of the bison and buffalo.

Dave later experimented with adding coconut milk and coconut oil to the tea, but it seemed to overwhelm the tea. He learned the benefits of coconut oil from his anti-aging research.  He then switched from tea to coffee.  Mr. Asprey quickly learned that the coffee stood up to the coconut oil better than the tea.  The final part of the recipe was to add 1 to 2 teaspoons of a coconut extract, Brain Octane Oil to the coffee along with 1 to 2 teaspoons of the unsalted, grass-fed butter or ghee.

This is Bulletproof Coffee, aka butter coffee or keto coffee, an energizing beverage made with quality fats. It’s an incredible tool for mind-body fuel! When you drink Bulletproof Coffee, instead of eating a carbohydrate-heavy breakfast, you’ll feel sated and energized for hours. To make it, blend together freshly brewed coffee, MCT oil and grass-fed butter or Ghee. Get the full recipe here.

Since Mr. Asprey started selling the drink ten years ago, he estimates that more than 160 million cups of Bulletproof Coffee have been consumed. Mr. Asprey says his invention – which he has for breakfast every day – helped to “change my life, and allowed me to lose 100lbs”. He shared his discovery by blogging about it in 2009. Ten years ago, he started to sell the three ingredients of his Bulletproof coffee online.

Like Dave, I’ve started each and every day with a cup of Bulletproof Coffee since 2016.  I’ve used the extra energy and brainpower to thrive in my career and adventure pursuits. It turns my brain on and frees me from food cravings.

For a limited time only, get all the ingredients you need for a morning cup of focus-supporting, craving-crushing, sustained-energy-supplying coffee (without the crash)—at 20% off. It’s time for another Dealmaster. Here are our latest roundup of the Best September Adventure Lifestyle Clothing and Gear Deals.

Hard Rock Embodies Everything Roark LOVES ABOUT RUNNING! Unabashed chaos, unhinged expression, and the freedom to move at your own damn pace. And so, it’s with rapturous excitement that Roark has presented this collaboration between Roark Run Amok…