Route Type:
Out and Back

From the crossroads of Highway 93 (Broadway) and Baseline turn west on Baseline and go about one miles until you reach Chautauqua Park. This is a very popular trail, especially on the weekends so the parking lot fills up pretty fast. There is ample Parking along most of the road (paid on the weekends). There are sections of the road that are not open to parking however these sections are clearly marked with signs.

On Friday, September 4, 2020, I decided that I wanted to go for a hike after work. It was a beautiful late summer day and I figured, what a way to get the weekend started! After so many hikes in the Colorado high country over the summer months, I wanted to just try one of the hikes close to home.

So, I hiked a classic Boulder, Colorado trail that climbs into the Flatirons. I’d heard that one of the trails climbs into a beautiful canyon, then up many steps to an amazing natural arch called the Royal Arch. Being a Geologist, I decided that I had to check it out for myself.  I also heard that the views from the arch are unbelievable. The view from under the arch provides sweeping views across the foothills, eastern plains and all the way to downtown Denver.

The Flatirons are rock formation near Boulder, Colorado, consisting of five large, numbered Flatirons ranging from north to south (First through Fifth, respectively) along the east slope of Green Mountain (elev. 8,148 feet). There are several other named Flatirons on the southern part of Green Mountain, Bear Peak, and the surrounding foothills.

The Flatirons are made up of the Fountain Formation, which is a late Pennsylvanian age (between 290 and 340 million years ago) bedrock unit consisting primarily of conglomerate, sandstone, or arkose, along the east side of the Front Range of the Rocky Mountains, and along the west edge of the Denver Basin. The Flatirons were lifted and tilted into their present orientation between 35 and 80 million years ago, during the Laramide Orogeny. The Flatirons were subsequently exposed by erosion, which created the arch.

The Flatirons are a popular destination for both hikers and climbers. There are climbing routes ranging from easy to world-class. According to guidebook author, Richard Rossiter, the East Face Standard route on the Third Flatiron “…is probably the best beginner climb in the solar system.”

The trail begins in the Chautauqua Park, which is often crowded as a lot of trails find their beginning within the park. A lot of the trail was destroyed due to flooding in 2013, however in 2014 a major effort went into repairing the trail. It is clearly marked and decently maintained.  This hike is short, only 3.5 miles, but moderately difficult. The climb up to the arch has hikers going up about 1400+ feet in elevation in a very short amount of distance. So be prepared to climb, climb and climb you will. It is well worth the effort.

Given the close proximity to the University of Colorado, there was a lot of college students on the trails there. The Royal Arch Trail sees a lot of traffic throughout the week with peak crowds showing up over the weekend. So be prepared to get up early if you want to beat the rush and find easy parking. Before you even begin the trail you are treated to the view of the “Flatirons” in the distance. At this time of day they were already shaded from the sun. 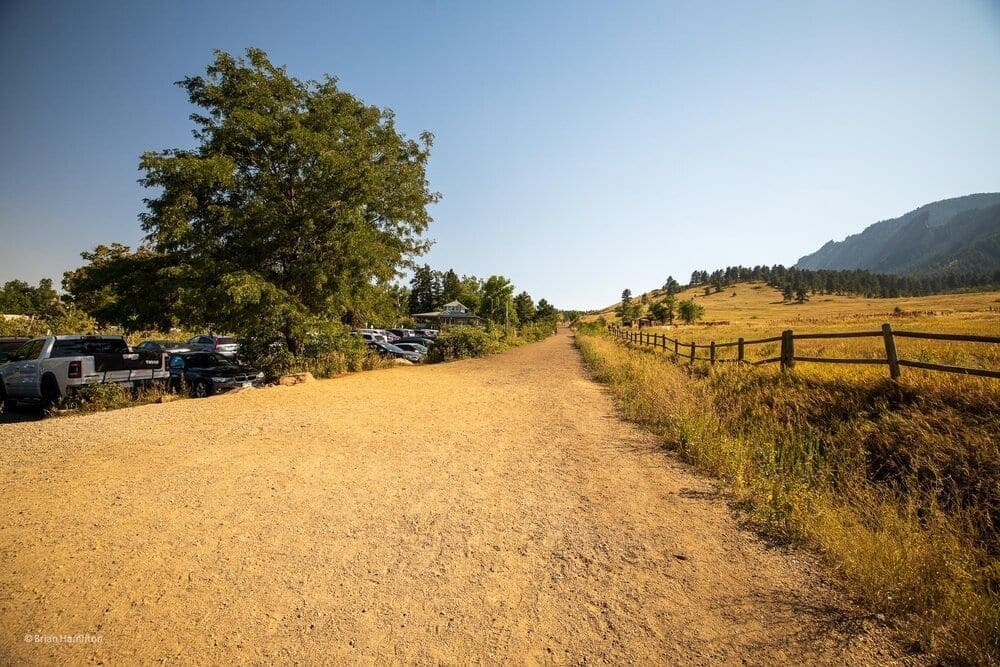 From the northeastern corner of Chatauqua Park, this doubletrack/somewhat paved road heads directly south, almost straight up the contours.

Once you’ve passed the final house on your left, the trail bends to the right and the grade steepens. Eventually, you’ll reach an intersection with Mesa Trail, where there is a single pit toilet.

After walking about a 1,000 feet up the trail, we turn around and look to the northwest across Chautauqua Park to see the golden grassland and the foothills.

The Mesa Trail Junction is about 0.6 miles from the start. After the toilet, Bluebell Road winds back on itself, making a lollipop loop. This loop connects to the Flatirons Loop trail, Bluebell-Baird Trail, and Bluebell Spur Trail.

From the end of Bluebell, bear left onto Royal Arch Trail. The Trailhead is about 0.8 miles from the start. The trail begins climbing to the southwest at the bottom of a drainage. This trail is rocky and becomes steadily more technical as it ascends. Soon after starting out, the Flatirons Loop will branch off to the right.

The trail starts off with a mile or so climb through a beautiful ponderosa pine forest.

As the climb continues the trail becomes rather rocky and steep.

Once the trail starts to level out you emerge from the ponderosas and are presented with a little stream crossing. When I was there the area was flanked with wildflowers, which made for quite a beautiful view. This area is known as Bluebell Canyon.

It’s amazing to see Bluebells in bloom so late in the year. Bluebells, Mertensia ciliata (Fringed Bluebells) are generally smaller than the Eastern species, Virginia bluebell, and bluebells in the Central Rockies bloom from May through June and into July if conditions permit from the foothills (5,000 feet) to alpine (11,000-plus feet) environments. They are commonly found in streams.

After the brief break of hiking through Bluebell Canyon, I started to head up a pretty steep incline. The trail has had many steps added to assist with the steepness of this section of the hike.

This climb is a lung burner for sure and at one point I had to stop and pause to catch my breath.

The steep (but well worth the effort) climb continues into another pine forest. I continue up the steps.

Pushing onward and upward…making my way to Sentinel pass.

Now Sentinel pass is still a bit of a climb. The climb starts to bring you closer to the Royal Arch, the whole reason for pushing up the hill. I can see Sentinel Pass now.

Sentinel Pass is 1.35 miles from the start. Once I had made my way up to Sentinel Pass, I was able to take another much needed break to catch my breath. You ascend quite a bit during the hike to the pass. The beauty of the forest makes it a little easier since the shade of the trees keep you much cooler.

The trail descends briefly after Sentinel Pass.  We’re getting close to the Royal Arch.

Tangen Spring is indeed lovely. There is just a little hint that the leaves are about to turn.

The Royal Arch is 1.6 miles from the start. Once you reach the top (and the end of the trail) you are presented with an up close and personal view of the Royal Arch. The arch was formed by water, wind and mechanical erosion over millions of years. The trail won’t take you that long to reach it, however it will feel like it at times when you are climbing. Gut it out as it is well worth the view!  There is plenty of room at the top to take in the view and a few areas are accessible to scramble up closer to the arch. The City of Boulder advises avoiding areas that are prone to erosion so that the arch is available for future generations to enjoy. So tread lightly and try to leave only footprints.

It is important to note that given the amount of traffic on the trail and the tight trail conditions I would not recommend bringing your dog. However, dogs are allowed on the trail on leash or off leash with the proper City of Boulder license. If you do decide to bring your pooch off leash, it would be a good idea to consider leashing them up when you reach the actual arch. As the area is very narrow and steep with rock bands and cliffs.

Since the day is getting shorter and the sun is going down, I decide to head back down without checking out the view from under the arch. 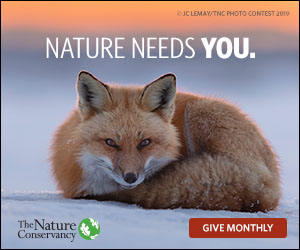 Where Does The Snow Fall In Colorado?

If winter represents a chance to embrace powdery glory at a resort or in the vast reaches of the backcountry, it helps to understand the basics of how and when wintry weather affects the centennial state.

Big Agnes Mountain is located in the Northern Park Range and is the third tallest mountain in the range after Flattop Mountain and Mt. Zirkel. Due to the lower elevation and copious snowfall (the most in the state),…