Doing It All – Balancing a Career and an Extreme Sport

When the media lets you sneak a peek into someone’s life, that person always come off as one-dimensional. There is always this one thing that is the focus, and you are left thinking that’s pretty much all they ever do. You see a story about an international grandmaster chess player, and the idea is they live, eat, and sleep chess 24/7, nothing else. Or the famous Olympic swimmer constantly in the pool training or talking with coaches about training. They are in the pool so much that you are actually surprised to hear they haven’t drowned yet.

But in real life, of course, people aren’t unidimensional – actual humans cannot be. Even the most accomplished performer or athlete is more than just that one activity or sport. In any event, one can only be a top athlete for a relatively short time, and so you wonder what they will turn to when they can no longer compete at the highest level. 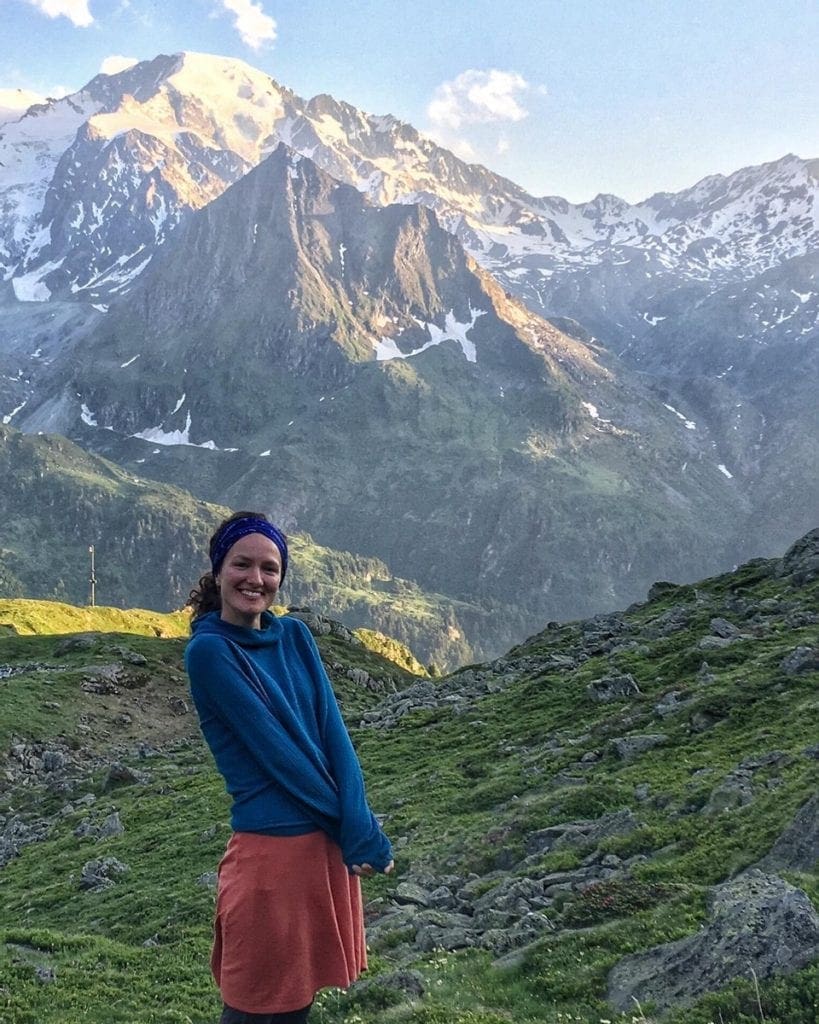 Rachel Drake is a Minnesota native, transplanted to the lush forest of the Pacific Northwest. Her day job is as an MD/PhD student at Oregon Health and Science University. She studies neonatal metabolism in the lab and is passionate about applying knowledge of metabolic processes to optimize nutrition for sick babies. Photo courtesy of Rachel Drake.

If highly accomplished people behave like most other people, they actually have a wider range of interests than that one specialty, even if the media never shows it to you. And that leaves us, the viewers, with a strangely distorted impression as to who these people really are. Take a master concert pianist who puts in the work and gives amazing concerts and knows and loves all the music … but what are the other important parts of their lives that complete them as people?

In the Osprey short film, Methods with Rachel Drake, we – for once – actually get a complete portrait of an excellent athlete at the top of her game. Rachel is an elite ultra-runner, and so you might figure the video would open up with her running hard and winning some race to rapturous applause. Or maybe, it would highlight the endless grueling hours/days/years of practice and physical therapy. But you would be mistaken.

Shop trail running gear by Osprey Packs. Rachel loves the Osprey Dyna packs with their perfect fit, durability and optimally placed pockets. She also loves their rolly bags for streamlined travel to races all over the world.  Rachel is sponsored by Osprey.

Instead, we first meet Rachel working in a university medical lab, readying some experiments to be run that day. As it happens, she is an MD/Ph.D. grad student at the Oregon Health and Science University in Portland. That’s right. She’s up to her neck in complicated studies and lab work, while struggling with finishing her Ph.D. thesis. None of which has anything at all to do with competitive long-distance running! Yet in the lab, her excitement is palpable as she sets up today’s experiments, and we hear her musing on what might happen with new discoveries and new medical directions that could open up literally on any given day. It is important work, and she knows it. She’s totally enthused, despite the difficulties of doing complicated medical research.

So by now, we realize that she is not some single-minded running automaton. She’s a serious, committed student, as eager to train her mind as she is her body. It is almost like she treats the two as just different parts of the one person – a whole, well-rounded individual. Science didn’t come easy for her. She’s self-admittedly not a “natural scientist,” but she makes up for that with her enthusiasm and hard work. Rachel is a big fan of bringing energy, saying “enthusiasm breeds resilience for failure.” At first, this seemed a strange thing for her to say. I mean, she’s an incredibly successful trail-runner after all! Why would she be talking about failures? And then it all starts to make sense … she didn’t start out as a scientist, but now she is one. She didn’t begin as a top-tier runner, but she is now. The pathways to both are littered with failures! The vast majority of lab setups will fail, and one can’t rise to be a top trail-runner without having lost repeatedly along the way. The two passions are united by their common difficulties and how similar the process is of always picking yourself back up.

But just as we are getting used to Rachel, the Scientist, the film cuts to Rachel, the Forest Trail Runner, effortlessly bounding along tricky, uneven woodsy paths. Even a total novice can sense her command of this terrain and guess at the years it has taken to get so far. But she shrugs all that off and says simply, “I wouldn’t run if it wasn’t fun.” Running brings her joy, and when she’s moving through the trees at speed, she gets a euphoric feeling that this is what she was made for. Running is such a natural part of her being that she doesn’t think of it as being apart from her normal life. “Running is like brushing your teeth. It’s just like a normal part of the day, part of self-care.” Trail running out in nature feels so good, so pure – she believes that everyone needs something in their lives that provides this feeling. For many, being outdoors in nature is a key component of this kind of inner satisfaction. 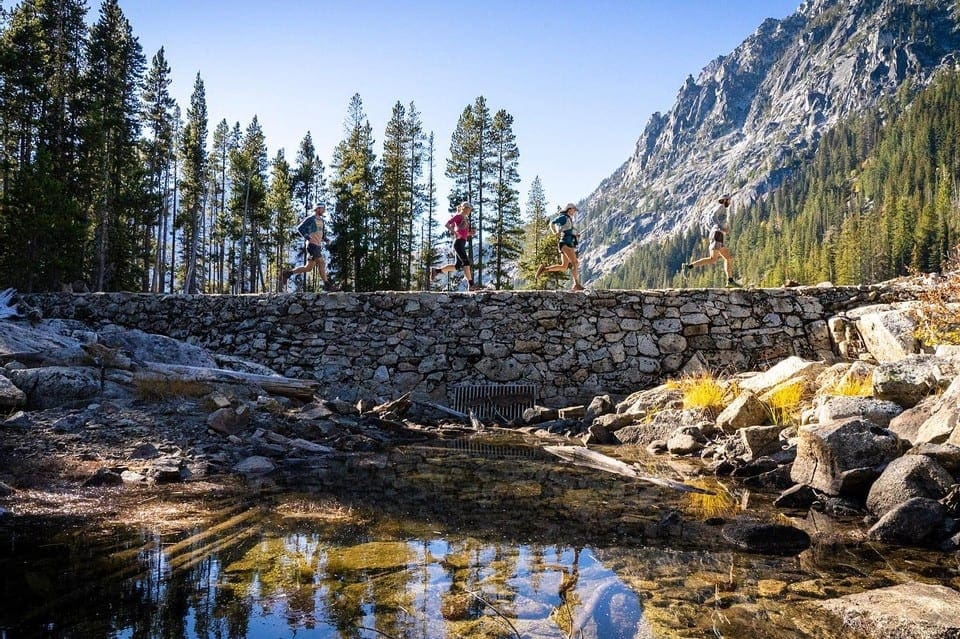 Her falling in love with running didn’t even begin until her junior year in high school, when she joined the cross-country team. Amazingly, there is video footage of one of her meets, and we get to see high-schooler Rachel going along the track and winning the race, way back when. She continued cross country in college, and she applied herself very hard to running, partly because she worried that college would be the last time she would ever have the chance to compete again. After all, aren’t sports competitions something that end when you graduate? The modern-day Rachel looks back on that period and laughs. “That’s so not true! You can compete when you’re…” and she pauses, trying to come up with a really old-sounding age, “… forty!” Maybe realizing that’s not so very ancient, she continues, “Fifty! Sixty!” And the viewer gets her point that everyone can compete on some level. Age is not necessarily a barrier.

The film frequently alternates between the green forest paths and the sterile medical labs of her graduate program. It’s showing a holistic view of Rachel. Running is a huge part of her life, yet it does not define her. And her medical school is a big piece as well, and that doesn’t define her either. She’s Rachel, an entire person with many varied facets. The film expands on this theme and brings in the story of her meeting her boyfriend, Tyler, who became her fiancé, and then her husband. And, of course, the couple’s dog, Teddy!

Racheal loves to emphasize this point, “You can have a full career and be a competitive athlete.” One passion shouldn’t completely shut out all others – it’s simply not necessary. “I love that trail runners have other jobs, other ways of contributing to society. They don’t just run.”

Speaking about her medical lab work, she says the scientific endeavors are “really, really fun and creative.” She can spend half the morning setting up her experiments, and while they’re going, she heads out to run on the nearby trails. She calls a quick hour run in nature “a forest bath.” And at the end of the day, even if all the lab work fails to do what was hoped for, the day was still a win for her because she at least got in a nice outdoor experience.

In both science and running, you must be prepared to approach specific problems from many different angles and preconceptions. In each field, there will be a lot of failures – experiments gone bad, races lost, injuries received – and the most important thread is always the need to be able to get back up and try again. Rachel has found that for her, trail running by itself is a great way to bounce back and, at the same time, remind yourself of who you are at your inner core. But at the root of it all, no matter if you run a good race or a bad race, “If you have a good time, that’s great. That’s really all you can ask for.”

To learn more about Rachel Drake, see the following information:

8020 Endurance Gold and Silver Subscriptions include: 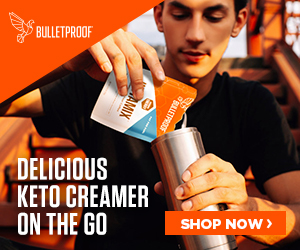 Get Fit, Faster With A Fall Endurance Training…

Fall often means the start of road races on the weekends. If you’re looking to sign up for a fall road race or triathlon to challenge yourself or just to have some fun but you don’t know where…

Situated at the confluence of the North and South Fork of the Payette River, Banks is to kayakers what the North Shore of Hawaii is to surfers, and Yosemite is to climbers.

Off the Beaten Path – Sailing from Tahiti…

In this 10-part Roam Media original series, Lines to Hawaii, the film crew joins professional snowboarder Travis Rice, professional big wave surfer Ian Walsh, and their small crew as they set off from Tahiti. As Travis points out,…