The Old Man of Storr is an iconic pinnacle of rock nestled amongst the crags in the Isle of Skye, Scotland. When photographer Thomas Monsoro first spotted the area, he quickly got the inspiration for an epic highline. Rallying a five man team, the adventurer set out with highliners, Benjamin Kofler and Mattia Felix Felicetti, to establish a new first route between the towering spires, walking the line where many believe the devil himself walks amongst the shadows…

Slacklining refers to the act of walking, running or balancing along a suspended length of flat webbing that is tensioned between two anchors. Slacklining is similar to slack rope walking and tightrope walking. Slacklines differ from tightwires and tightropes in the type of material used and the amount of tension applied during use. Slacklines are tensioned significantly less than tightropes or tightwires in order to create a dynamic line which will stretch and bounce like a long and narrow trampoline. Tension can be adjusted to suit the user, and different webbing may be used in various circumstances.

Highlining is slacklining at elevation above the ground or water. Many slackliners consider highlining to be the pinnacle of the sport. When rigging highlines, experienced slackers take measures to ensure that solid, redundant and equalized anchors are used to secure the line into position. Modern highline rigging typically entails a mainline of webbing, backup webbing, and either climbing rope or amsteel rope for redundancy. However, many highlines are rigged with a mainline and backup only, especially if the highline is low tension, or rigged with high quality webbing like Spider Silk. It is also common to pad all areas of the rigging which might come in contact with abrasive surfaces. To ensure safety, most highliners wear a climbing harness or swami belt with a leash attached to the slackline itself.

Benjamin and Mattia worked in the rain to fix the highline in the a poor quality basalt. They assumed that the rock pinnacles were firm and reliable, but were surprised at the poor rock quality. The thick fog certainly did not help the situation: the crew remained in radio contact all day due to the poor visibility. The Old Man of Storr is a very touristy place on the Isle of Skye. Tourists come and go to admire these giants that rise as if out of nowhere from green meadows, but really green. Yet despite the liveliness of colors, Thomas Monsorno notes that he seems to perceive a presence, as if this place were inhabited by some spirit. Maybe he’s just susceptible to the legend he once read about the Old Man of Storr.

Legend has it that in the early years of Christianity in Scotland, a dispute raged among the people who inhabited the city on the exact date of Easter. To put an end to the quarrel, the priest of Skye decided to go to Rome and talk to the Pope himself. Climbing the Old Man of Storr at dawn, just as the sun was beginning to rise, he performed a spell that lifted the devil and turned him into a flying horse. During the journey, the devil questioned the priest about the reason for the trip. The priest had to use all his ingenuity to answer questions truthfully but at the same time avoid mentioning the name of “God”, which if pronounced would break the spell resulting in the devil’s disappearance and the fall of the priest into the sea. The priest was successful, arrived in Rome, learned the date of Easter and returned safely to Skye. The devil was so impressed by the intelligence of his opponent that, disappearing, he uttered the threatening words: “until we meet again”.

From the radio Mattia tells Thomas that the highline is fixed. It’s 110 meters long and about fifty meters from the ground. In that dark, dark atmosphere, The Old Man instills fear in the crew members.

The forecast remains uncertain for the next couple of days. They are uncertain as to whether Benni and Mattia will be able make an attempt to cross the highline. Adventure photographers, Thomas Monsoro and Matteo Pavana don’t know if they are going to be able to take home the images they desire. Matteo notes that “sometimes it’s weird, but you feel like things are going to get better regardless, for no reason, when even the technology given by weather forecasts seems to want to blame you..You feel optimistic…You feel lucky.”

The next morning the clouds that initially covered the sky slowly thinned out. As the crew ascended to the Old Man, they could see the long webbing that seemed to hold the almost motionless pillars together for hundreds and hundreds of years. The good weather had attracted many tourists who tried to understand the usefulness of that “thread”,

Why was it there?

The closer they got, the more careful they were. They were afraid that the local law enforcement officers might arrest them.

Matteo notes that “the more time passed, the more harmoniously the elements began to merge. First the light that filtered from the clouds and then, on the evening, warmed all the visible. Then Benjamin’s walk that remains in balance for almost fifteen minutes crossing the line in its entire length. Then the night, which never comes because of our proximity to the pole, and the moon playing over our heads. It was one of the few occasions in my life when I felt privileged, I felt in the right place at the right time, as if it was the only and last chance to be able to immortalize what I was experiencing. We photograph one of those rare shows that for two outdoor photographers represent a real whole and intimate conjunction with Nature. We smile with joy and howl like wolves…” 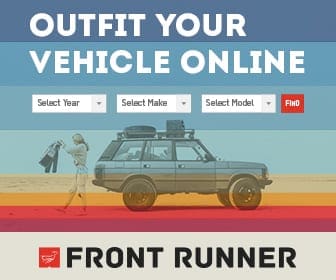 Situated at the confluence of the North and South Fork of the Payette River, Banks is to kayakers what the North Shore of Hawaii is to surfers, and Yosemite is to climbers.

Doing It All – Balancing a Career and…

When we think of professional athletes, we often don’t imagine they do anything other than their sport. Elite runner Rachel Drake does just that. In one part of her life, she breaks the tape at the finish of…

Off the Beaten Path – Sailing from Tahiti…

In this 10-part Roam Media original series, Lines to Hawaii, the film crew joins professional snowboarder Travis Rice, professional big wave surfer Ian Walsh, and their small crew as they set off from Tahiti. As Travis points out,…