World-renowned storyteller Cory Richards boils down his lifetime of experience as an alpinist and photographer to give you insight on how to plan, capture, and share your stories from the field – from your backyard to the top of Everest.

As a world-renowned climber, photographer, and alpinist, Cory Richards truly is at the top of his field. He has worked as a photographer for National Geographic for many years and is one of the founding members of ROAM. In this course, Cory dives deep into what led him to pursue this career, the necessary elements of storytelling, tips for shooting, what gear can help get you started, and multiple in-depth case studies of his own work.

Learning to Turn Adventure Into A Story

Growing up Cory Richards spent a lot of time outside, enjoying the great outdoors just as one might imagine. He was bright for his age which led him to starting high school two years early at the age of only 12. Yet just one year later, at the age of 13 Cory started getting involved with drugs and his parents decided to place him in a behavioral treatment center. In the years that followed Cory experienced homelessness which he now reflects on as a crucial step in the development of who he is today. Cory mentions that it was his struggles early on in life that truly showed him what it means to exist within the human condition. Like many outdoor enthusiasts, he felt most at home and most understood when he was in the mountains. This feeling of being home is what encouraged him to discover a career based in adventure.

As the years passed on, Cory started to climb more in the mountains and eventually got sponsorships so that he was able to climb professionally. This led to a life spent in the outdoors. He soon realized that photography provided a way to tell the story behind these adventures. Simply taking a picture isn’t necessarily difficult, it is being able to capture an image that moves people that makes one a true photographer. And as if being at the top of his game wasn’t enough, Cory has also accomplished some of the most difficult feats in the world. Over the years he has summited an 8,000-meter peak without oxygen, set a new route on Everest, and is the only American to ever summit an 8,000-meter peak during winter. His trips with National Geographic have taken him across world; from the border of Nepal and Tibet, an archipelago in the Russian arctic, the highland of Angola, to Northern Burma, Hkakabo Razi and many more. Cory is able to turn these adventures and assignments into a story. To capture photos that highlight the emotions that lie within.

The course that Cory offers within ROAM Academy, allows individuals to learn from one of the most talented adventure photographers in the world. The goal of this course isn’t to simply showcase his own work.  Instead, Cory focuses how to spend more time in the mountains, the essential skills and gear needed to do this work, in-depth case studies of some of his own work, and what one needs in order to take action and implement what they have learned.

His course is expertly designed and broken down into the nine necessary lessons. The first lesson involves breaking down the necessary elements of a story. The lesson focuses on more of Cory’s personal backstory, what led him to this career, and how exactly he has been able to create work that is centered around a deeper purpose. From there the course moves into moving beyond conflict. Much of his work is centered around landscape and culture, so Cory discusses at length how these elements can provide a story with the capacity to resonant and move others. The third lesson highlights shooting with purpose and the crucial story arc in both video and photo. This lesson gives a small breakdown of how that relates to Cory’s work and helps viewers learn how to create the perfect shot list for their next adventure. The video covering elements in practice dives into Cory’s first photography job with National Geographic. He showcases how he implemented everything he has taught thus far, and how the right job can further one’s portfolio and career.

For the fifth lesson Cory focuses on creating mystery within a piece of photography. It takes a certain level of skill to capture an image that makes others feel as if they are there in the moment. Members discover what drives the human curiosity and the elements that attract others most. Lesson six is about getting into the intricate and tangible skills of shooting techniques along with what lens perspective to have and how to convey the elements of the photo. Next up is a detailed look at the gear that Cory Richards uses. But Cory doesn’t just simply list off the gear he owns. Instead he shares how to use this gear to capture impeccable photos when out in the field. The eight lesson talks about shooting through the storm. Cory discusses what he has endured to capture some of his shots and the mindset that has enabled him to do so. For the final lesson Cory discusses what the essential components of a story are, how to discover them, and how they can help plan out the shot list for your next adventure.

Three Case Studies from Expeditions Across The Globe 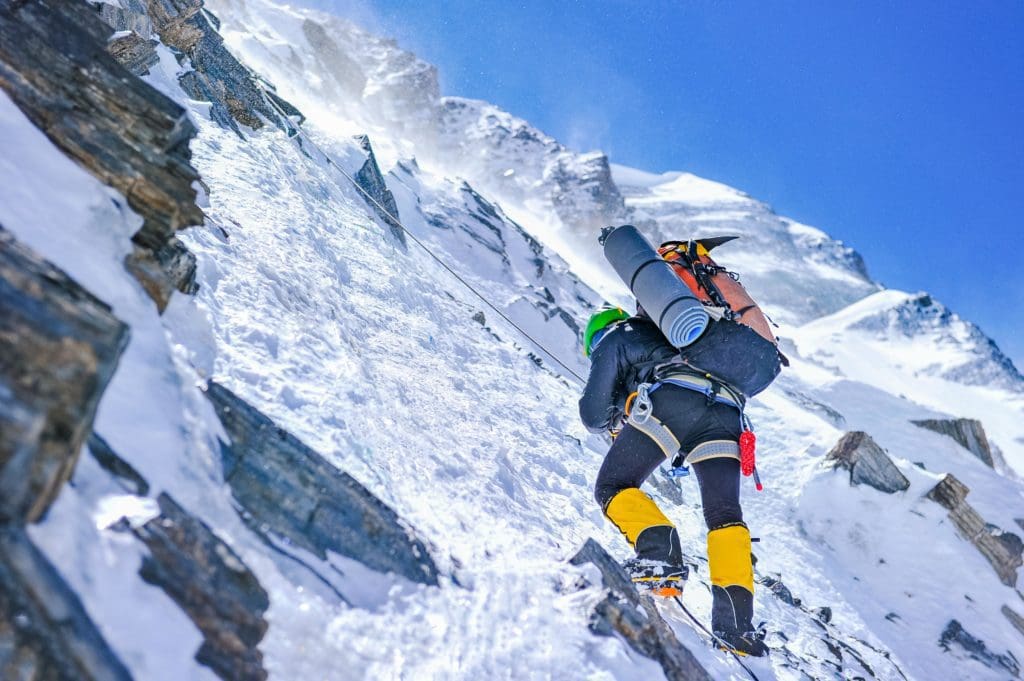 The lessons that Cory teaches create the necessary framework for capturing one’s next adventure. But the in-depth case studies of his work enable members to see exactly how Cory implements all of these skills. The first case study within his course goes into the work behind making ROAM’s seven-part series The Line, where Cory set out to set a new line on Mount Everest. The multi-part series breaks down what it took in order to accomplish such a feat, and what skills were necessary in order to make this journey a story worth telling. The Line itself follows Cory through the training, what led him to such an ambitious goal, and covering Cory’s outlook on life and how that drives both his adventures and his work. The Line is one of ROAM’s most iconic series and Cory’s course offers a unique behind the scenes look at exactly what it took in order to create it. 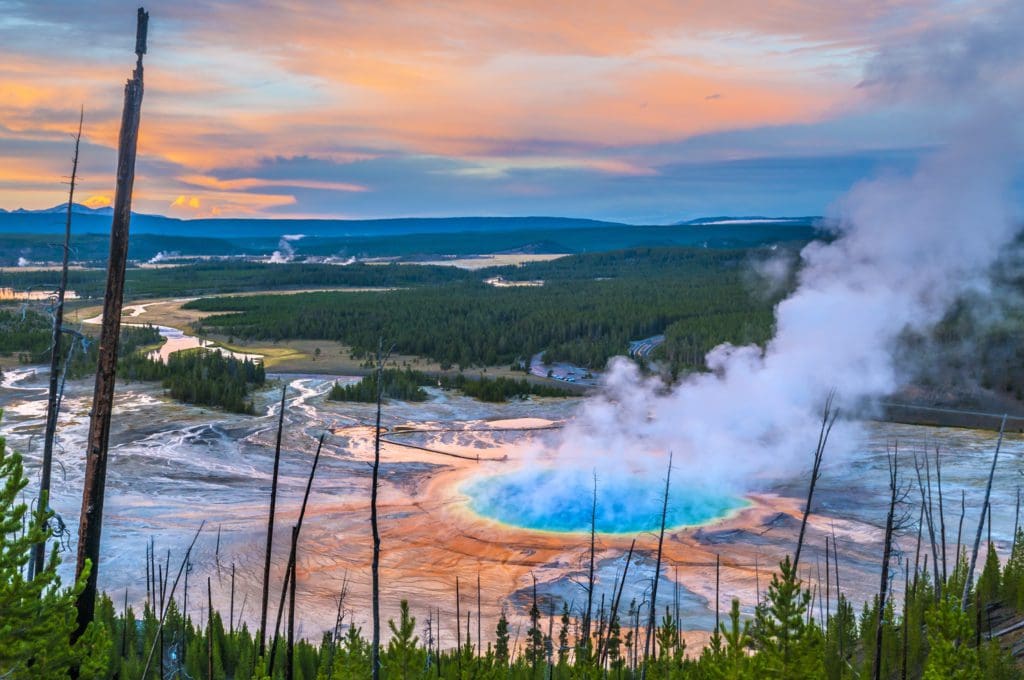 The second case study follows the work Cory completed surrounding Yellowstone. A look into this project shows the conflict that exists between both the people and predators within the area. This story focuses on the harmful effects that the human footprint is having on this land and how that is affecting those who call this place home. In this story for, Cory is able to create a piece of work that portrays the emotions of those involved to the audience at hand. Cory dissects the essential components that made up this story for National Geographic and how he was able to showcase the life of those who call this land home. The breakdown of these vital elements, helps show viewers how they can create a captivating story, ask questions that expand their work, and be able to create a discussion in the reader’s mind. 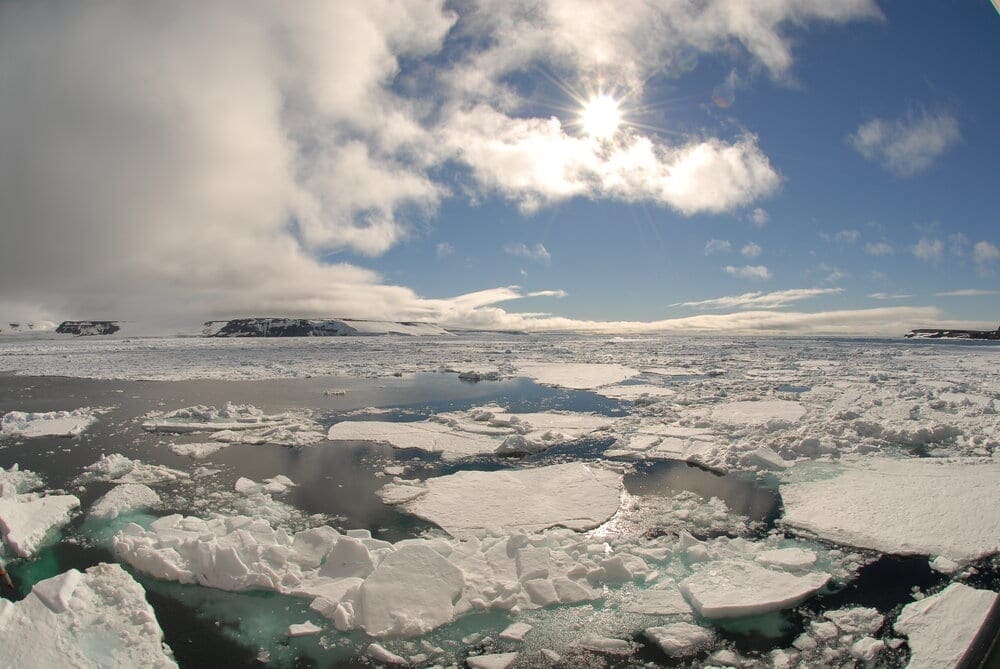 In the final case study of the course, Cory covers the work he did in Franz Josef Land that lies within the high Russian Arctic. The purpose of conservation is what drove this story. Cory looks at the essential questions that helped him create this story for National Geographic, such as why this ice is melting and what the ecological consequences will be if this continues. He uncovers what these changes mean to the people who live there, and the planet as a whole. This case study highlights some of the responsibility that comes along with telling a story surrounding humanity, how to properly convey it, and how to help one’s work move others. Breaking down this story ties together all of the lessons Cory has taught the viewer thus far and shows what is possible when they are implemented with purpose. Cory reviews the essential components of story telling and how having these at the core of the work one does is necessary for creating work that captures the essence of the human experience.

Without a doubt, Cory Richards is one of the most talented photographers and alpinist alive today. The work that he does doesn’t just showcase a breathtaking landscape; it tells a story. ROAM Academy is a unique way to learn from the best in the business and come away with tangible skills and the necessary action steps to fuel one’s next adventure. The course helps viewers break down the elements of a story, create with purpose, discover what gear they need, uncover how to ask the right questions, and most importantly, see how these skills have been implemented by one of the best photographers of our time. His course is the opportunity of a lifetime, and a necessary step to becoming a story telling whose work is driven by purpose.

Cory Richards boils down his lifetime of experience as a visual storyteller and adventurer. If you are ready to move beyond taking pictures to actually developing a visual story that connects, then this is the class you’ve been waiting for.

After surviving an avalanche in 2011, photographer Cory Richard’s world began to fall apart. Suffering from post-traumatic stress disorder, he found that the only escape from the struggles of daily life was the adrenaline rush of a good adventure. Watch the following video to learn more about Cory’s story:

Cory Richards is an American alpinist and visual storyteller who mainly works for National Geographic. He is a rule breaker who kept pushing boundaries from running away from rehab to venturing through unclimbed peaks from Antarctica to the Himalayas of Nepal and Pakistan. He dedicates himself to “translate that experience for people through imagery”. He captures the inherent beauty of today’s world. So we’ve put together this comprehensive introduction to skiing as a beginner, from how you prepare the night before, what to bring skiing, all the way to your first turns on the bunny hill. Read along for tips…

The Most Essential Item that You Need To…

If you’re going on a remote adventure, it’s best to bring a communication device other than a cellphone to be prepared.

Overlanding Is Road Tripping To The Max

Overlanding is becoming really popular these days with adventure enthusiasts. Overlanding combines off-roading and backcountry camping. An overlander might head out into the backcountry for a long weekend or long distances, extending beyond international borders.